This post is based on research I did for a paper presented at the Materialism and World Politics conference at the LSE in 2012.

Each bunch takes two routes into your fruit bowl.  The first route involves a Honduran worker employed by a multinational who picks the bananas, which are packaged and shipped to Britain.  The multinational sells the fruit to a big supermarket chain, which sells it to you.

The second route - the accountants' paper trail - is more roundabout.  When a Honduran banana is sold in Britain, where are the profits generated, from a tax point of view?  In Honduras?  In the British supermarket?  In the multinational's head office?  How much do management expertise, the brand name, or insurance contribute to profits and costs?  Nobody can say for sure.  So the accountants can, more or less, make it up.

Accountancy is a key but almost completely neglected geographical practice.  Accountancy literally geo-graphs because it decides where things happen and what institutions are responsible for what events.  It is also the site of considerable political contestation between activists, journalists, politicians, capitalists and accountants themselves.

I propose to investigate a number of documents produced by or associated with the Tax Justice Network.  The TJN is an independent international advocacy network founded in 2003 that is comprised primarily of accountancy professionals; it is "dedicated to high-level research, analysis and advocacy in the field of international tax and the international aspects of financial regulation."  In the aftermath of the recent financial crises the TJN was highly successful in engaging media, publics and political institutions at a variety of levels.  The TJN also publish their accounts online.

Defining the Secrecy World: Rethinking the language of ‘offshore’, part of the 'Mapping the Faultlines' project.  A paper by chartered accountant and political activist Richard Murphy.  In this paper Murphy attempts to precisely define concepts such as 'offshore,' 'tax haven,' 'secrecy jurisdiction' and 'secrecy world.'  He also examines the peculiar topology of so-called 'offshore' spaces.

Highlights of the paper: the 'secrecy world' or 'offshore' is:


[…] a space that has no specific location. This space is created by tax haven legislation […] the illicit financial flows that are the cause of concern with the secrecy world do not flow through locations as such, but do instead flow through the secrecy space that secrecy jurisdictions create (secrecy jurisdictions being the new term tax havens). As the paper shows, to locate these transactions in a place is not only impossible in many cases, it is also futile: they are not intended to be and cannot be located in that way. They float over and around the locations which are used to facilitate their existence as if in an unregulated ether. This suggests that any attempt to measure or regulate them solely on a national basis will always be problematic. […] Secrecy jurisdictions enable the creation of two distinct places, ‘here’ and ‘elsewhere’. The former is a regulated, onshore, domestic space. The latter is the offshore space that is ‘elsewhere’. Elsewhere is deemed by the secrecy jurisdiction to be somewhere distinctly different and outside its own domain.

It is demonstrated that accountancy is geography, that accountants (and lawyers) define both where things happen and which political-legal apparatuses are responsible for the regulation of spatially indeterminate events.  Accountancy is, therefore, intimately related with both [law] and [pol] as well as the economic modes.  I think this also demonstrates that space needs to be thought polymodally - that the modes create space in their own particular ways and any concrete spatial assemblage is a confluential compound of multiple modal factors.

Richard Murphy was a founder of the Tax Justice Network and writes one of the most popular economics blogs in the UK.

The Financial Secrecy Index is a project of the Tax Justice Network.  The FSI project "ranks jurisdictions according to their secrecy and the scale of their activities."  By quantifying secretiveness it is hoped that pressure can be brought on financial jurisdictions to engage in more open and transparent practices.  In other words, the FSI is a metrological device produced by politically activist accountants that makes tax issues public.


Of every three litres of oil sold on open markets, at least one comes from Switzerland. As regards coffee, the proportion is one coffee bean out of two; and with cereals it is one kilo out of three.

Of course, these commodities do not physically pass through Switzerland but rather are traded through the burgeoning Swiss commodities markets.  The Berne Declaration is a Swiss NGO that works "towards equitable North-South relations" by monitoring "the role of Swiss corporations, banks, and government agencies."  The BD's recent publication Commodities - Switzerland's most dangerous business examines what it calls


one of globalisation’s biggest winners, a powerful industry whose dealings often take it into dangerous areas. In the last decade Switzerland has emerged as one of the world’s dominant trading hubs for commodities, handling from 15 to 25 per cent of world trade. All the world’s largest trading houses operate partly or mainly out of this seemingly peaceful and innocent country. But while these powerful companies experience an unprecedented boom, the population of many resource-rich developing countries remain mired in poverty. This book tackles the question of why.

This document demonstrates how the geography of [att] is unthinkable (indeed, unwriteable) without accountancy.  Moreover, accountancy is unthinkable without [pol] and [mor].  Finally, it provides further evidence of the complex topology of trade, tax, and 'offshore.'

Apple iTunes Europe's registered address in Luxembourg.  Allegedly all the company's European correspondence passes [or rather passed; apparently it has been moved] through this one inconspicuous mailbox.  A potent symbol of the spatial complexities (or absurdities, if you prefer) of 'offshore' and of the astonishing feats of accountancy qua geo-graphy. 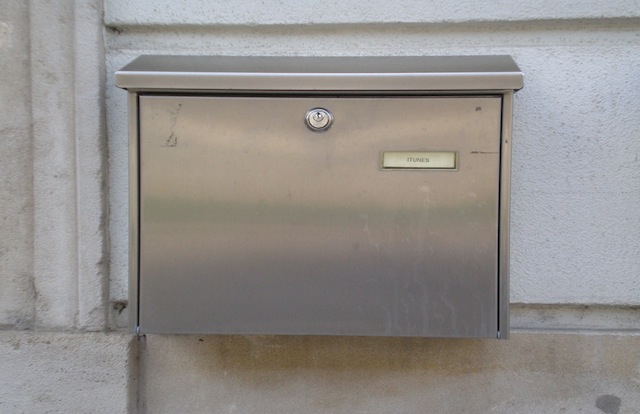 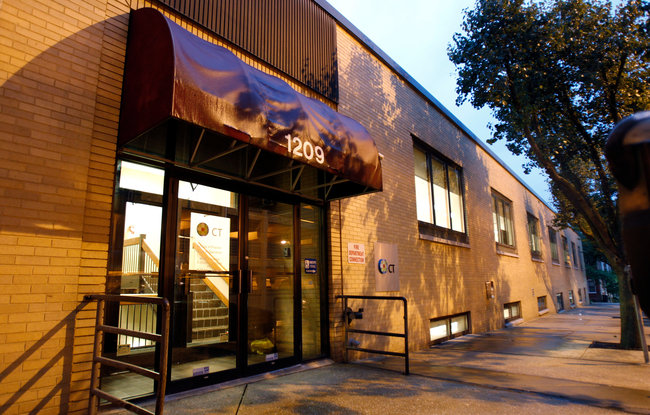 This brings to mind the folds of [tec]:


The hammer that I find on my workbench is not contemporary to my action today: it keeps folded heterogenous temporalities, one of which has the antiquity of the planet, because of the mineral from which it has been moulded, while another has that of the age of the oak which provided the handle, while still another has the age of the 10 years since it came out of the German factory which produced it for the market. When I grab the handle, I insert my gesture in a ‘garland of time’ as Michel Serres has put it, which allows me to insert myself in a variety of temporalities or time differentials, which account for (or rather imply) the relative solidity which is often associated with technical action. What is true of time holds for space as well, for this humble hammer holds in place quite heterogenous spaces that nothing, before the technical action, could gather together: the forests of the Ardennes, the mines of the Ruhr, the German factory, the tool van which offers discounts every Wednesday on Bourbonnais streets, and finally the workshop of a particularly clumsy Sunday bricoleur.

The folds of the engineers are impressive, no doubt, but what about the folds of the lawyers and accountants?!  Any more space-time compression and we'd need Dr Who…
Posted by Philip at 23:27