John Tresch's The Romantic Machine: Utopian Science and Technology After Napoleon is a beautifully constructed and unfailingly impressive work that takes its reader on a journey through Parisian scientific and intellectual life in the early to mid nineteenth century. Published in hardback a couple of years ago but only just out in paperback, it won the History of Science's Pfizer Award—and deservedly so. 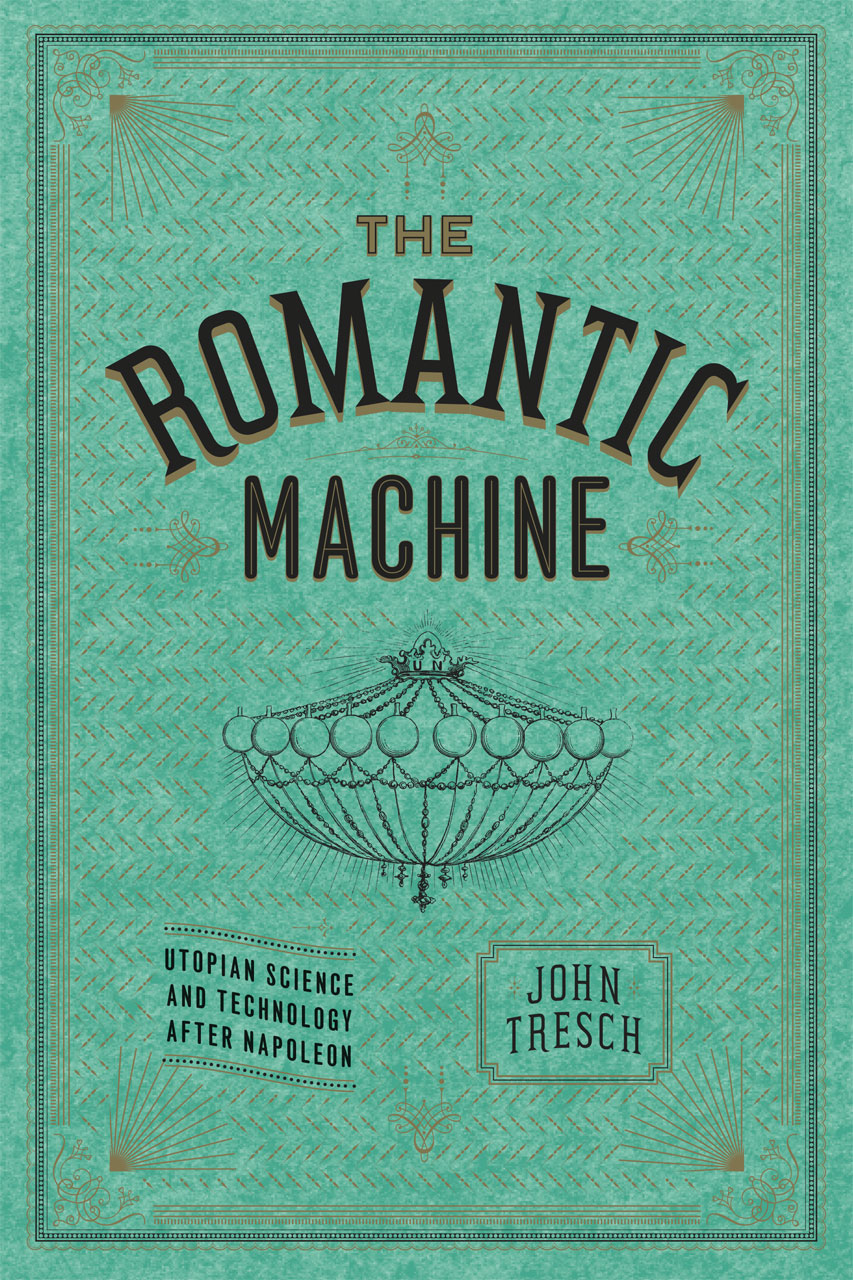 Tresch's work fits into an historiographical movement that attempts to complicate the distinctions between rationalism and romanticism. Particularly, it problematises this opposition's straightforward mapping on to oppositions between mechanism and organism, science and art. Romantics prior to 1851, he makes clear, were just as enthusiastic about technological and scientific progress as the rationalists. They had their own preferred technologies, which related to their own epistemological and ontological developments in a profound way.
To quote the publisher's summary:


"Focusing on a set of celebrated technologies, including steam engines, electromagnetic and geophysical instruments, early photography, and mass-scale printing, Tresch looks at how new conceptions of energy, instrumentality, and association fueled such diverse developments as fantastic literature, popular astronomy, grand opera, positivism, utopian socialism, and the Revolution of 1848. He shows that those who attempted to fuse organicism and mechanism in various ways, including Alexander von Humboldt and Auguste Comte, charted a road not taken that resonates today."

I also highly recommend Tresch's recent essay (pdf available) Cosmologies Materialized: History of Science and History of Ideas, which argues for the need to bring together histories of science and intellectual histories, something that his Romantic Machine does with aplomb.

I've enjoyed reading Tresch's book tremendously and it's had quite an effect on my own interests and plans. It made me realise that I want to delve into the history of science, particularly that of the nineteenth century, in a much more serious way. It's one of those rare books where I only wish there was more of it!
Posted by Philip at 21:37