Alexander von Humboldt's Cosmos – a book more often cited than read (aren't they all?). Over the past couple of weeks I've managed to plough through all 1100 pages of the three volumes (to be precise, the English translation, of which the first two volumes were published in 1848 and the third, posthumously and incomplete, in 1859).

The scientist (and 25th Prime Minister of France) François Arago once remarked,


"Humboldt, you really don't know how to write a book. You write endlessly, but what comes out of it is not a book, but a portrait without a frame."

He was not wrong. To read Humboldt's work is to face down a deluge of information, poured out as if uncontrollably. The several hundred pages of the first volume roll on and on without so much as a section break.


Nevertheless, while Humboldt's science was already somewhat eccentric by 1850 and although his politics were, at best, naive, his is an impressive bundle of intellectual energy to spend some time with.

Next up is his Essay on the Geography of Plants from 1807. This was the first major publication following his famous voyage from 1899 to 1804 (and, as such, although it was written by Humboldt, it is co-credited to his travelling partner, the botanist Aimé Bonpland). 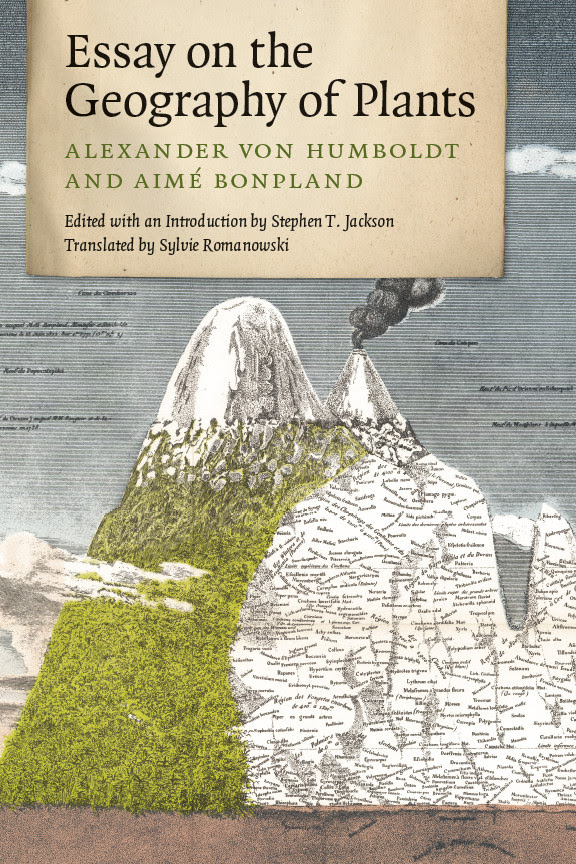 It's interesting to look at this early text after Cosmos, which was the magnum opus supposed to cap off his career. There are substantial continuities between the two; indeed, much of the grand, synthetic vision of a universal cosmography was apparent to Humboldt by the early 1790s. Nevertheless, some of the (from a contemporary point of view) stranger geological ideas are more pronounced in the earlier work.

Humboldt went to his grave just a few months before Darwin's The Origin of Species was published and he never quite accepted (due to, in his view, insufficient evidence) the extent of earthly deep time necessary to make sense of the thesis of natural selection. His was an old earth but not to the extent that ours is, post-Darwin. On the question of whether the Earth had a history (in the sense of experiencing many eras of gradual or sudden transformation or remaining more or less in its current processual state from the beginning), in 1807 at least, the burden of proof was very much on the historicists. Likewise, his journey dissuaded him from the Neptunism of his former teacher Abraham Gottlob Werner but he was tentative in abandoning its hypotheses.

I have the next four weeks or so to continue delving into Humboldt's works (and still other works on them). There is no hope whatsoever for any kind of completism; however, that should not be necessary. I am essentially interested in Humboldt as a figure who, in a sense, typifies the naturalism of one era while, at the same time, setting up another. The kind of "cosmic geopolitics" that emerge in his final major work is, I think, a very interesting way into the history of ideas and transformations that my thesis chapters 2 to 6 will explore.
Posted by Philip at 19:03