Diplomacy as theory; theory as diplomacy—excerpts from Constantinou's On the Way to Diplomacy

Further to my last post, which provided some excerpts from Costas Constantinou's On the Way to Diplomacy on the subject of diplomacy itself, here are some more, this time concentrating on the etymology of 'theory' and its relation to diplomatic and metaphysical practice.

This word theoria was used in ancient Greek to designate, among other things, an old type of embassy, the solemn or sacred embassy sent to attend religious festivals and games, discharge the divine obligations of the polis, and consult the oracle. This particular ancient meaning has been lost in the modern, Anglicized use of the term theoria, as is the case with the modern Greek term. (p.52-53)

Firstly, theoria is derived from the words theos (god) and orao (to see). It had the meaning ‘to see god’ and particularly referred to this aspect of eyeing god in the shrine. Orao also relates, however, to the word hora (time, hour), and so theoria can be understood as the moment of god or the moment devoted to god. The sight and time of the theoria invoked therefore a specific truth-making process. (p.53)

Later, in the biblical tradition, theoria was given a special theological significance, for it was specifically used to describe the view of Jesus at the cross, that is, bearing witness to the moment of sacrifice. But the root word theo in Ancient Greek also meant—depending on the emphasis—to run and to look. […] From this root theo- (run), theoria acquired the meaning of a journey, of traveling abroad to see the world. This meaning is especially important, for it refers to the first known use of the word theoria by Herodotus. It was employed to designate the journey of Solon, the lawgiver of Athens, to Egypt and other ‘far away’ places. The importance of the timing of Solon’s journey points to the significance of hora, the reaching of a certain moment in one’s private or political lifetime for going on a theoria. (p.54)

[There is also a link with theatre,] the theatron itself being the place where theoria was practiced. (p.54)

The sacred ambassadors [sent to religious events and oracles] were called theors or theoroi and were specially chosen. (p.55)

Theoria then was an embassy to god or truth (tied to divine sanction and authority), and theors were ambassadors, peripatetic ‘theorists,’ charged with the discovery of what was right or true. In theoria, therefore, one can view embassy as theory and theory as embassy. (p.55)

[…] theory at its Platonic conception was the mirror image of the very diplomatic process it [i.e. diplomatic theory] now seeks to explain. (p.56)

In Phaedo, Plato employed theoria to describe the solemn embassy sent to the Delian oracle ‘in honour of the god’ Apollo and to commemorate Theseus’s journey to Crete. In The Republic, there are instances where Plato’s theoria can be understood more generally as participation in any kind of festival or campaign. In Crito, theoria is used as a journey, and in the Laws, in addition to voyage, as view and careful observation. In another instance, it has a more specific meaning when it refers exclusively to the Dionysian celebrations. Finally, Plato employs the word theoria to denote the contemplation of the divine, and in his most common usage as speculation and philosophical reasoning. (p.56)

[In the Laws, ambassadors and theors have a key pedagogical role. They are to educate the] youth concerning the laws and affairs of the polis. This was a role traditionally reserved for the man of philosophy, but Plato appears also to expect pedagogical responsibility from the man of diplomacy. (p.58)

[This granting of power required strict rules—infringement of which would be punishable by death.] Plato begins by establishing certain conditions under which a citizen could travel abroad. First, nobody under the age of forty would be permitted to do so under any circumstances. Second, nobody would be permitted to go abroad in a private capacity—only in a public one, which involves the sending of heralds, embassies, and theorias […]. The information and knowledge acquired by such theorias is then to be communicated to the citizens of the model polis so to confirm the rightness of its laws or to amend the deficient ones. […] Theoria is therefore charged with the discovery of the good and held responsible for the perfect condition of the polis. Of course, that was precisely the role saved for the philosopher-ruler in The Republic. In the Laws, consequently, the Platonic republic attains its full metaphysical significance. It becomes a political cave. (p.58-9)

It is typical of Platonic irony that Socrates, the nontravelling philosopher, becomes a model of the theoretician. Socrates is a philosopher who contemplates aporia and yet he himself is an aporos (without passage or way), one who has never crossed to the beyond (peras). (p.59-60)

[Eventually, ideas win out over journeys.] Plato demotes and marginalizes the journey out of the cave. Once the light is encountered, once the truth is revealed, once reality is viewed, the quest is passé and the path that led there loses its significance. […] the Platonic idea becomes an idol (eidolon) in the mirror of which theoria is now immediately discharged. (p.60)

So, long story short, the Greeks before and around Plato provided the linguistic and conceptual basis for the kind of theoretical diplomacy that Bruno Latour is now seeking to practice; however, Plato being Plato, this promising beginning was immediately sundered by Transcendence.

From the beginning of the AIME project I've felt that diplomacy was an undertheorised concept. The above (and the previous two posts on the subject [one two]) might provide the possibility of a more thorough conceptuual consideration of diplomacy.

Credit must go, however, to Costas Constantinou whose wonderful little book I've so ruthlessly pillaged here. (It deserves a proper read; these excerpts do it no justice.) I took his class on diplomacy during my final year of undergraduate study at Keele University and it's the one thing I learned at that time theory-wise that really stuck with me.

Costas Constantinou's Between Statecraft and Humanism: Diplomacy and Its Forms of Knowledge (pdf)

Between Statecraft and Humanism: Diplomacy and Its Forms of Knowledge (pdf)

James Der Derian's On Diplomacy: A Genealogy of Western Estrangement

Iver B. Neumann's At Home with the Diplomats: Inside a European Foreign Ministry
Posted by Philip at 15:54 2 comments:

'Diplomacy does not exist'—diplomats are servants of the diplomatic frame

From Costas Constantinou's On the Way to Diplomacy:


[…] diplomatic representation functions through simulation, for simulation is traditionally also the art of diplomacy. Simulation is an art, a technique that involves a secret and a challenge. The secret is that diplomacy does not exist. The challenge is to make diplomacy appear. In diplomatic representation, consequently, there is an ironic and fatal alliance, an inaugural quid pro quo between all the subjects involved […] The reality of these diplomatic representations is, therefore, self-referential. It is based on metaphysical rationality that produces its own closure. It involves the capacity to produce a metaphysical picture, to paint articulations, and to frame presences and absences. (p.21) 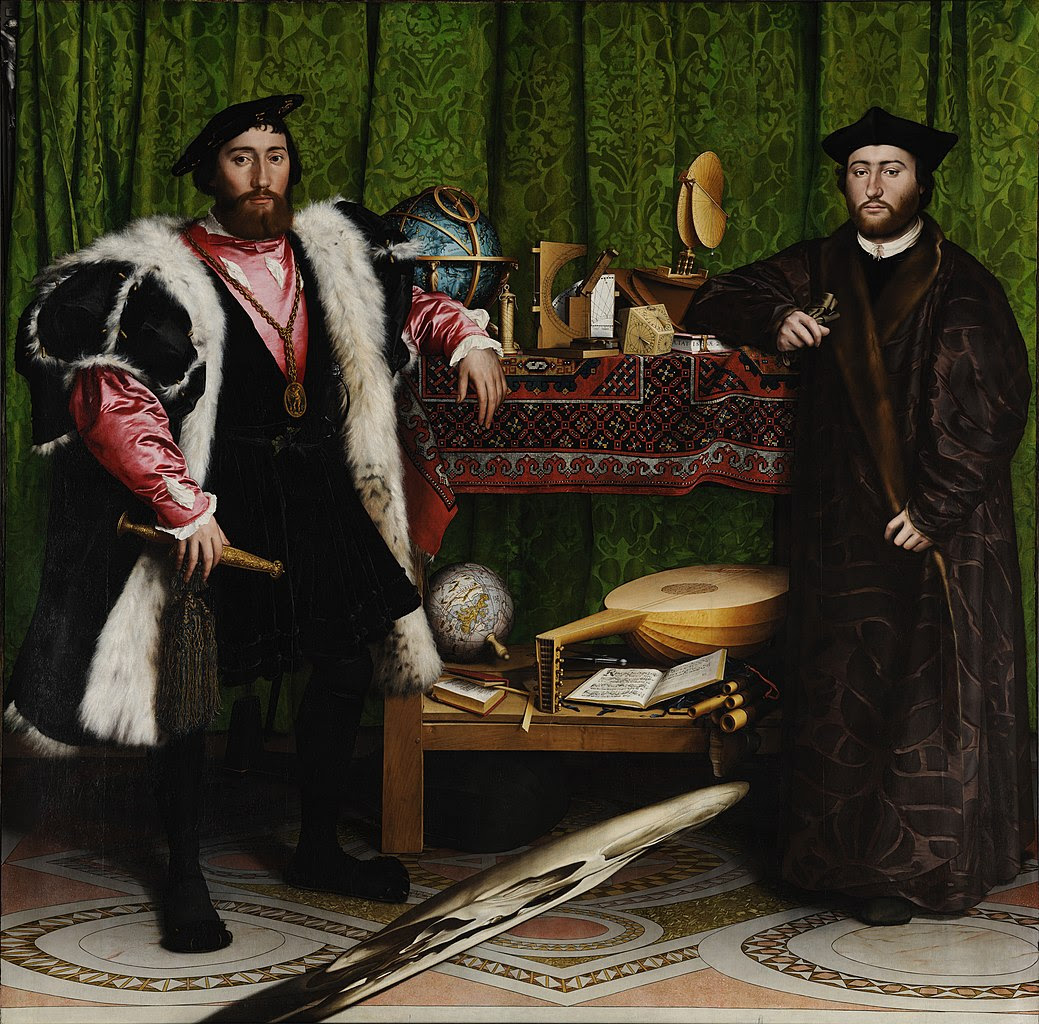 Ambassadors are part of and responsible for the diplomatic frame-up—the very construction and animation of the diplomatic world they live in. In and through their confident diplomatic representations, ambassadors normalize the frame-up as the framework. Working within this so-called normal framework they are claimed by their representations and so enter into a power relationship, a relationship of discursive and historical servitude. (Note that the word ambassador stems from the Latin word ambactus, meaning servant.) (p.22)

Sloterdijk on the non-existence of 'Religions'

From You Must Change Your Life:


European Enlightenment—a crisis of form? An experiment on a slippery slope, at any rate, and from a global perspective an anomaly. Sociologists of religion put it quite bluntly: people keep believing everywhere else, but in our society we have glorified disillusionment. Indeed, why should Europeans be the only ones on a metaphysical diet when the rest of the world continues to dine unperturbed at the richly decked tables of illusion?

[...] a return to religion is as impossible as a return of religion—for the simple reason that no 'religion' or 'religions' exist, only misunderstood spiritual regimens, whether these are practised in collectives—usually church, ordo, umma, sangha—or in customized forms—through interaction with the 'personal God' with whom the citizens of modernity are privately insured. Thus the tiresome distinction between 'true religion' and superstition loses its meaning. There are only regimens that are more and less capable and worthy of propagation. The false dichotomy of believers and unbelievers becomes obsolete and is replaced by the distinction between the practising and the untrained, or those who train differently. (p.3)

In contrast to Latour's translative theology, Sloterdijk's concentration on "regimens that are more and less capable and worthy of propagation" refocuses attention entirely away from the past. Religious truth conditions become entirely presentist: is this regimen worthy or not? It doesn't matter, in and of itself, how many years hermeneuts have agonised over this or that crumb of biblical dogma. There is no prejudice against the nouveau riche of religiosity. If these stratified ponderings upon ponderings going back millennia have generated a rich, beautiful, jumbled jungle of immuno-psychic possibilities then great! However, that is merely the means to the end of the successful religious dispositif, not the end itself.

Religion, in this iteration, becomes fully relativistic and thus fully secularisable and is, therefore, a better diplomatic proposition (from my godless point of view) that the one Latour proposes as [rel].
Posted by Philip at 10:08 No comments: