Silent Running at the Eden Project / Sci-fi in the Anthropocene

As one of several plates that I'm currently spinning, I'm writing (or, rather, at the moment planning) an article on the 1972 science-fiction film Silent Running.

In a nutshell, the article is about space in the Anthropocene, analysing this film in the context of sci-fi film more widely in order to understand how our collectively imagined attitudes to nature, ecology, space and outer-space have changed, are changing and need to change further.

Fortuitously, as part of its 'Days of Fear and Wonder' series, the BFI (British Film Institute) is putting the film on at the Eden Project in Cornwall – a tourist attraction I grew up just a few miles from.

Silent Running's geodesic biodomes inspired the domes at Eden, as one can plainly see: 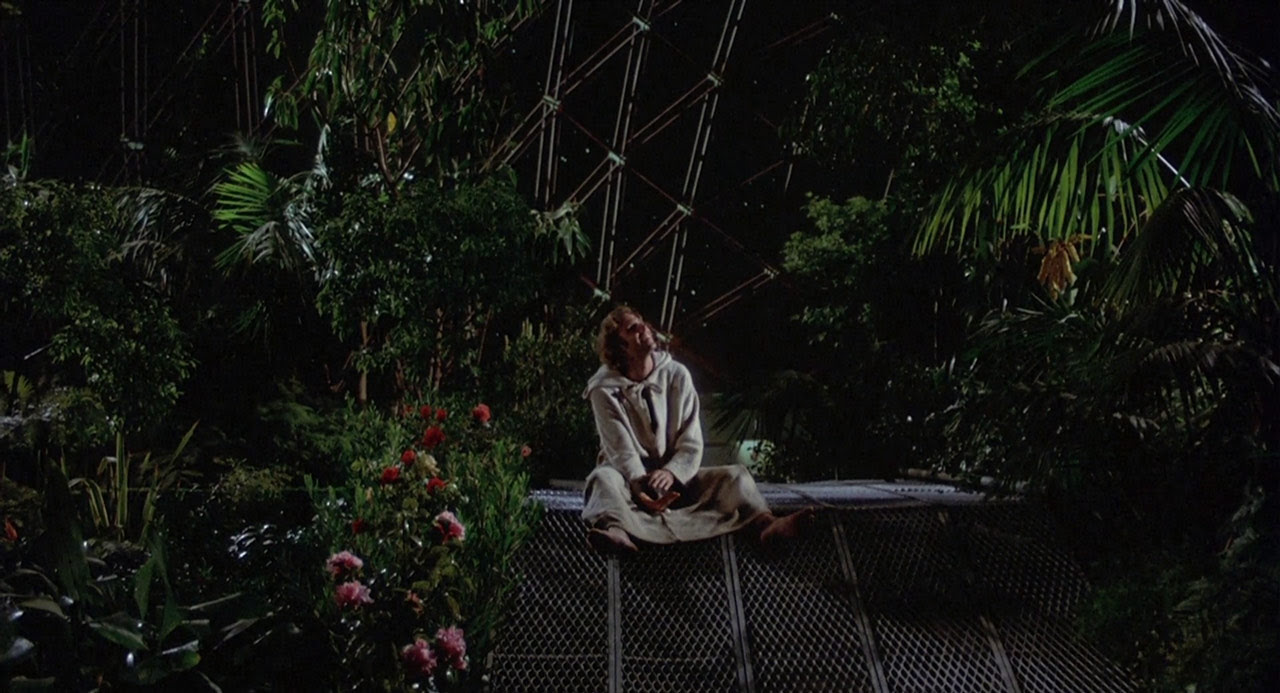 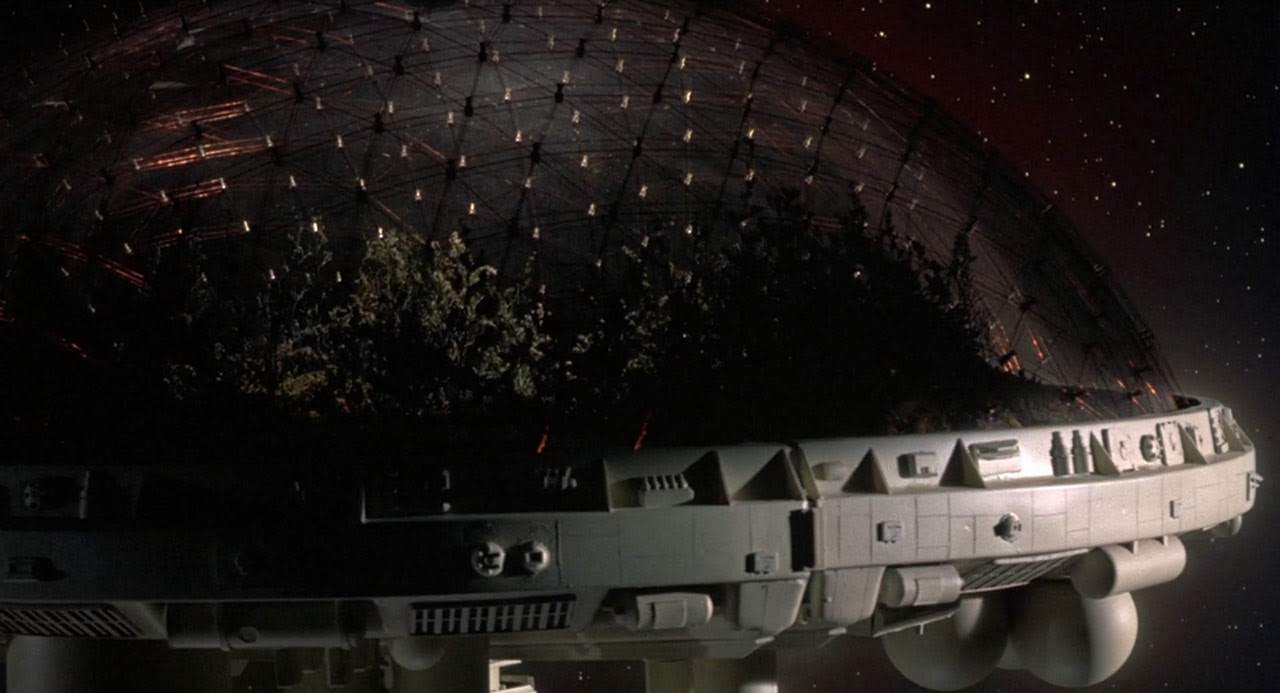 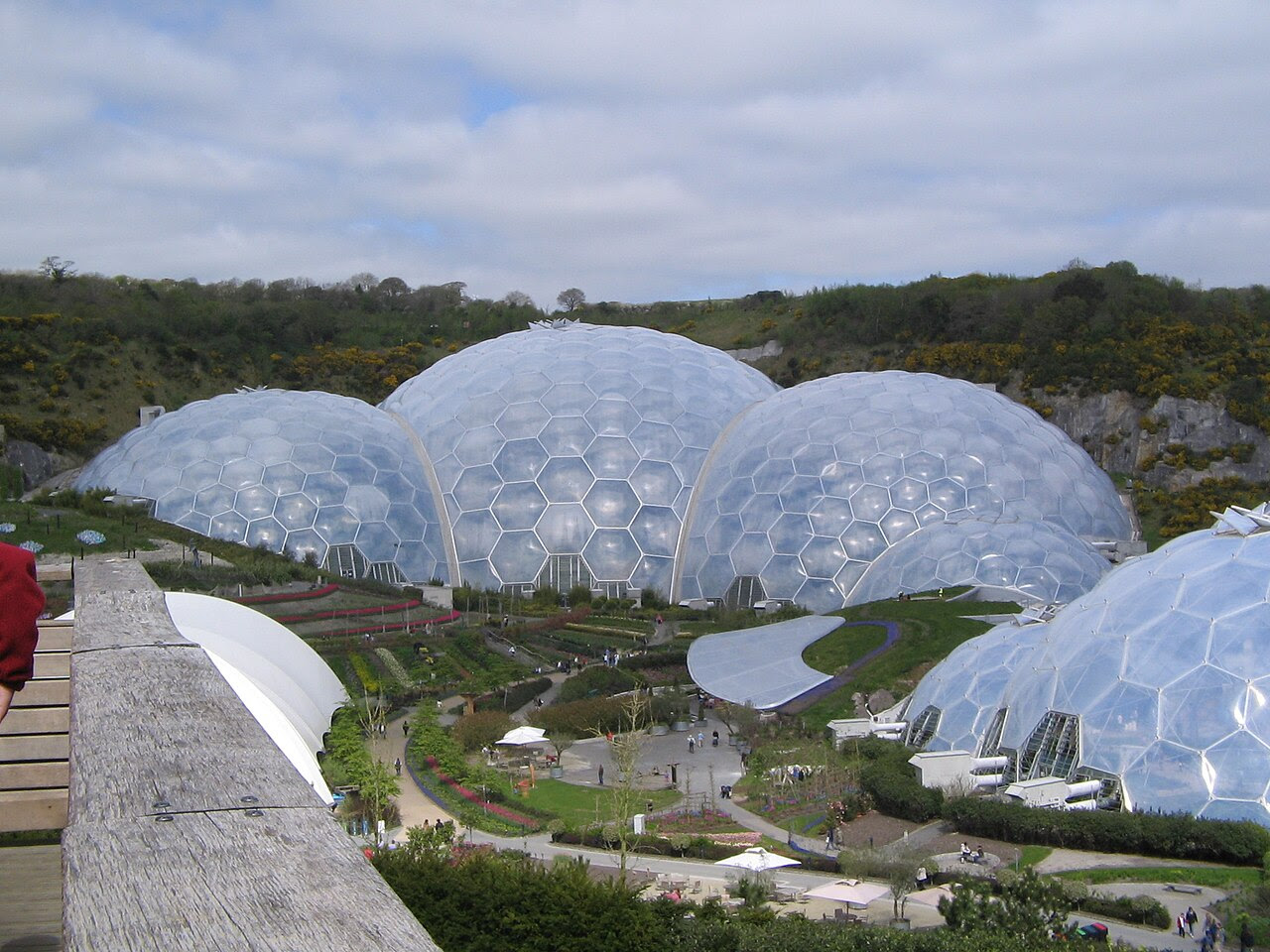 I am very much looking forward to it!

Incidentally, the last time I went to Eden was to see Sigur Rós perform there last year, which was an experience bordering on transcendent.

There's certainly something about these spaces that is musically inspiring. Adrian Utley of Portishead and Will Gregory of Goldfrapp have composed pieces to be played in the Mediterranean biome before the screening of the film. 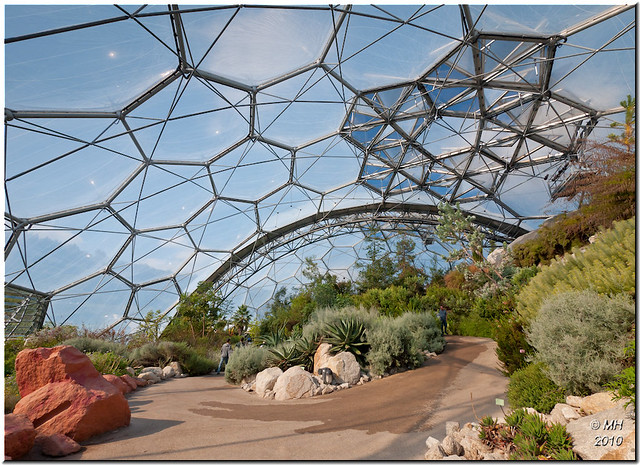 (Sadly the film will not be shown in the biomes themselves but rather in the visitor centre that overlooks the site.)

Another slightly eccentric rock band, 65daysofstatic, re-scored Silent Running and have performed their version live a number of times (never gotten to see that though, unfortunately):

(By the by, if you've not seen the film before I'd recommend watching the original before the 65daysofstatic version, as brilliant as their score is.)

The film critic Mark Kermode, who has a BFI-curated book on Silent Running coming out soon, is also going to introduce the picture.

All in all, I'm pretty excited! It's provoking lots of thoughts for me with regard to my research. I've started reading semiotics for this project and it's very challenging to think about how I can conceptualise the 'intertext' of the film, so broad and 'beyond-textual' as it all is.

The film's director, Douglas Trumbull, rose to prominence for being one of the foremost special effects wizards on Kubrick's 2001: A Space Odyssey. Off the back of that success he was given $1m by Universal Studios, as a directorial debutant, to make whatever film he wanted. He describes Silent Running as the 'human' reaction to 2001 – it's a film all about emotion, relation and affect; where 2001 is cold and impersonal, Silent Running is warm and intensely personal.

It is often dismissed as an out-of-date, hippy-era melange of preachy nature-worship – and there is that element to it, for sure (see the painfully kitsch Joan Baez song 'Rejoice in the Sun' that was written for the soundtrack, for example); however, its beating heart is the incredible lead performance by Bruce Dern.

(Griemas & Fontanille's The Semiotics of Passion: From States of Affairs to States of Feelings is interesting in this regard, though I don't yet know enough semiotics to really understand it properly. It's an intimidatingly technical discipline.)

It's both the outdated ontology of nature implicit within the film's political aesthetics and the intense, emotional core of the story that I'm interested in. These things together are what make this such an interesting film.

Beyond the narrow 'intertext,' there's also the tourist-ecological relation in the fact that these domes, or derivatives of them, were materialised on a grand scale in an abandoned quarry in a sleepy, quiet and rather impoverished part of Cornwall. And, of course, these are not the only such domes in the world.

Then there's the author-biographical fact that I grew up close to where these domes are and know the area. This, I think, affects how I experience the space of the domes and, consequently, perhaps the film. It will be an interesting phenomenological experience.

There's also a 'making of' documentary that reveals much about how the film was produced and the motivations and mindsets of the performers. Crucial, I think, is that there are no women in this film whatsoever besides a little girl whose picture on the wall is gestured to rhetorically by the main character at one point (and at a pivotal moment in the film, I might add). In this documentary we see that, as one might expect of the time, women are pretty much nowhere to be seen on the production side of things. I find this interesting because of the lead character who blends a sometimes ferocious masculinity with a sensitivity that might have been quite strikingly effeminate in context. Dern recounts jogging around the naval base at which the filming was taking place and being left in no doubt that the world wasn't ready for a long-haired hippy running about the place. The only women in the 'making of' are seemingly either organisational or ornamental; in the film itself there's almost no trace of women-kind whatsoever. And yet the lead character is far from being a straightforward 'man's man,' although he is far from being 'unmanly.' Does he project a progressive masculinity or simply a man's idea of what progressive masculinity would look like? The latter, I think; however, it's interesting either way, especially given the ecological context of the film.

Finally, the spaceship on which the film is set is named the Valley Forge, after the aircraft carrier on which it was filmed, which in turn was named after an important site in the American Revolution:


Valley Forge in Pennsylvania was the site of the military camp of the American Continental Army over the winter of 1777–1778 during the American Revolutionary War. It is approximately 20 miles northwest of Philadelphia. Starvation, disease, and exposure killed nearly 2,500 American soldiers by the end of February 1778.

Ecology and terror are baked into the film's very pretext.

I think it'll be impossible to weave all these threads together into a neat and perfect plait. However, there's certainly plenty to be working with. Here's the abstract as it's been proposed:


This paper examines ontologies of nature and their cognate concepts of space as they are represented in popular culture, particularly in science fiction. It does this through a close, contextualised and intertextualised reading of Douglas Trumbull’s 1972 film Silent Running. It proceeds in two parts. First, the ontologies of space and nature that are implicit within SR’s ecological mise-en-scène are examined alongside Bruno Latour’s rendering of James Lovelock’s concept of Gaia. This is used to theorise the ‘counter-Copernican revolution’ whereby our futural spatial imaginaries are turned around and transformed – as the protagonist in Christopher Nolan’s Interstellar (2014) puts it: “We used to look up at the sky and wonder at our place in the stars, now we just look down and worry about our place in the dirt.” The second section detects deeper and more sophisticated space-creative processes in the manner by which SR’s protagonist, Freeman Lowell, fabricates a life for himself alone aboard the damaged, drifting, dome-clad spaceship in which he is ensconced. This inner-space construction is analysed in terms of Peter Sloterdijk’s ‘microspherology.’ This paper therefore relates to a number of issues in contemporary spatial and cultural theory: the effect of the Anthropocene and the ‘irruption of Gaia’ upon our cosmic spatial imaginaries; affective, postphenomenological theories of the construction of space and their ecological politics; and, finally, the relationship between Latour and Sloterdijk, two major theorists of space whose work has not yet been compared in adequate detail. In short, this paper examines what happens to spatial, terrestrial, imaginative, immunological existence when it is realised that, as Latour (2013) puts it, “we are imprisoned in [the Earth’s] tiny local atmosphere” – when space ceases to be ‘the final frontier.’